Pomeranian’s are a particularly small breed of dog, collectively known as toy dogs – perhaps unsurprisingly, for their toy like appearance. Their diminutive stature and all round cute appearance has seen them grown in popularity as house pets. Not only that, their gorgeous coats are often cut and styled into transforming looks that give a Pomeranian several different looks.

With so many Pomeranian haircut styles out there, owners are becoming more inventive, coming up with new designs and making slight adjustments to popular opens to achieve the look they desire. There are many Pomeranian haircuts that are incredibly popular, with most owners choosing one of these classic looks.

Another noteworthy characteristic that Pomeranians have is their varied coat colors. In fact, they come with the most different colors of any dog breed, with a wide range including black, white, brown, orange along with combinations of colors such as black and tan. The Pomeranian also has thick double coats, which are regularly styled in a number of different ways. 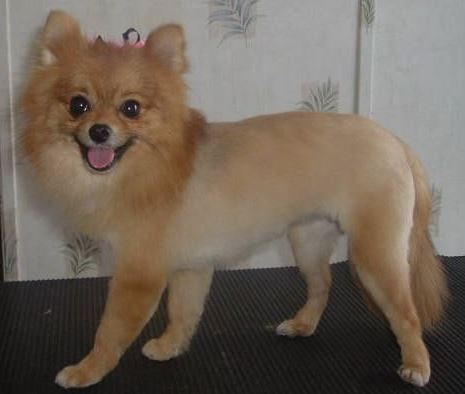 The lion cut is perhaps the most popular Pomeranian haircut styles, and can be linked to their more feline-like appurtenance (their faces closely resemble a fox). It involves leaving a mane around the head and shoulder area of the dog, along with the face and chest. The remainder of the fur is then clipped closely to the body to around a ¼ inch. Finally, some length is left at the end of the tail to compete the lion look. This particular Pomeranian haircut will need regular grooming around the mane to prevent tangles from forming. 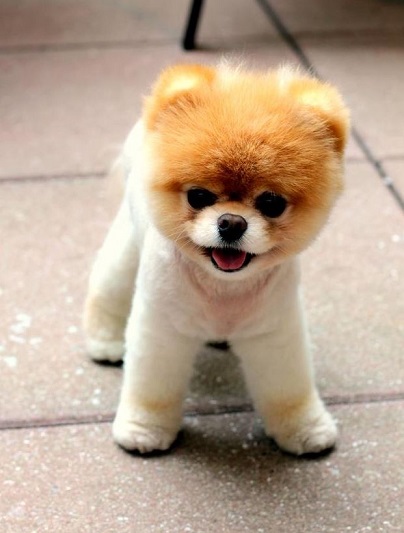 A Pomeranian haircut style that is common amongst most small dog breeds, the teddy bear helps to give the dog an appearance resembling a teddy bear or stuffed toy. It is also great for maintenance, with many not wanting to bother with regular grooming for the longer, more extravagant styles; it can be easily groomed with this style. The facial hair is kept longer than the rest of the body, which is taken down to lengths of roughly an inch or two. 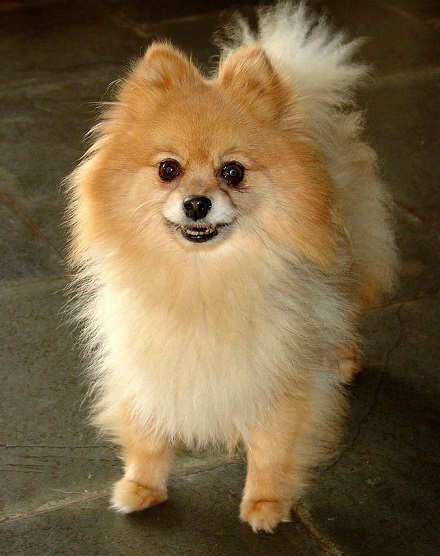 Not so much as a cut rather than letting it the Pomeranian’s coat grow naturally; the show cut involves leaving a long length to the coat. Its name devices form styles that Pomerania show dogs must have to qualify. No extensive alterations are allowed to the natural coat accept for some minor trimming to tidy the coat as it grows. Some areas are understandably seen to, such under the feet, inside the ears and around the anus. These are all through cleanliness for the dog, and play little factor in how the coat appears.

While most owners will not have to follow strict guidelines for competition dogs, to gain that same look they will need to follow the guidelines for maintenance. This includes minor trimmings to take some length away from certain areas such as the face, along with thinning other sections of the coat. Allowing the coat to grow out will give a Pomeranian a long thick coat that adds a certain grandiose to the appearance of the small dog.
Follow @petcarepricing